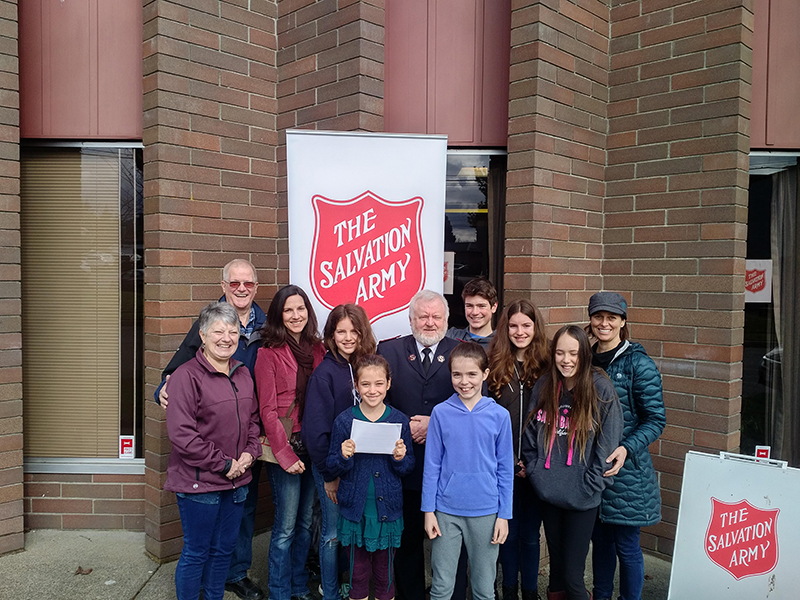 The cast and crew of the “Dickens of a Twist” play came by The Salvation Army with the donations they collected from admission to their 3 public performances of the adapted Oliver Twist story. They performed for over 2000 children at 8 local schools in the area and put on the 3 public performances at Qualicum on March 10th and Errington Hall on the 16 &17th. Their show had a cast of 17 ranging in age from 8-78 and they took their audience through the life of a street orphan in the late 1800/early 1900’s, eventually ending with some of the characters landing to their new home and new lives in The Salvation Army’s Coombs farm colony on Vancouver Island (which was established in 1911 as part of The Army’s Emigration work that ran from 1885 to the early 1980s). Some interesting history on The Salvation Army’s Emigration work can found in this pdf.

In total the performances raised $3,100 to support the work of The Salvation Army here in the Oceanside area to those in need. We are so very thankful to this troupe and their partnership in supporting our work here in the community! 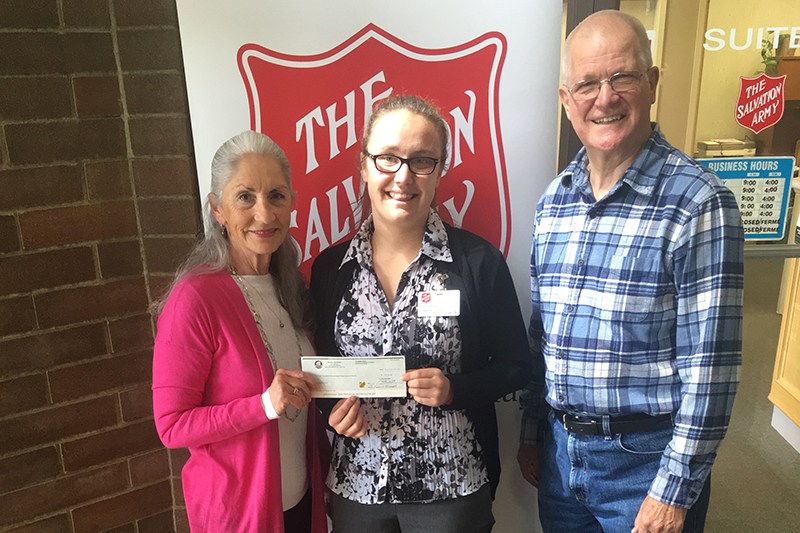